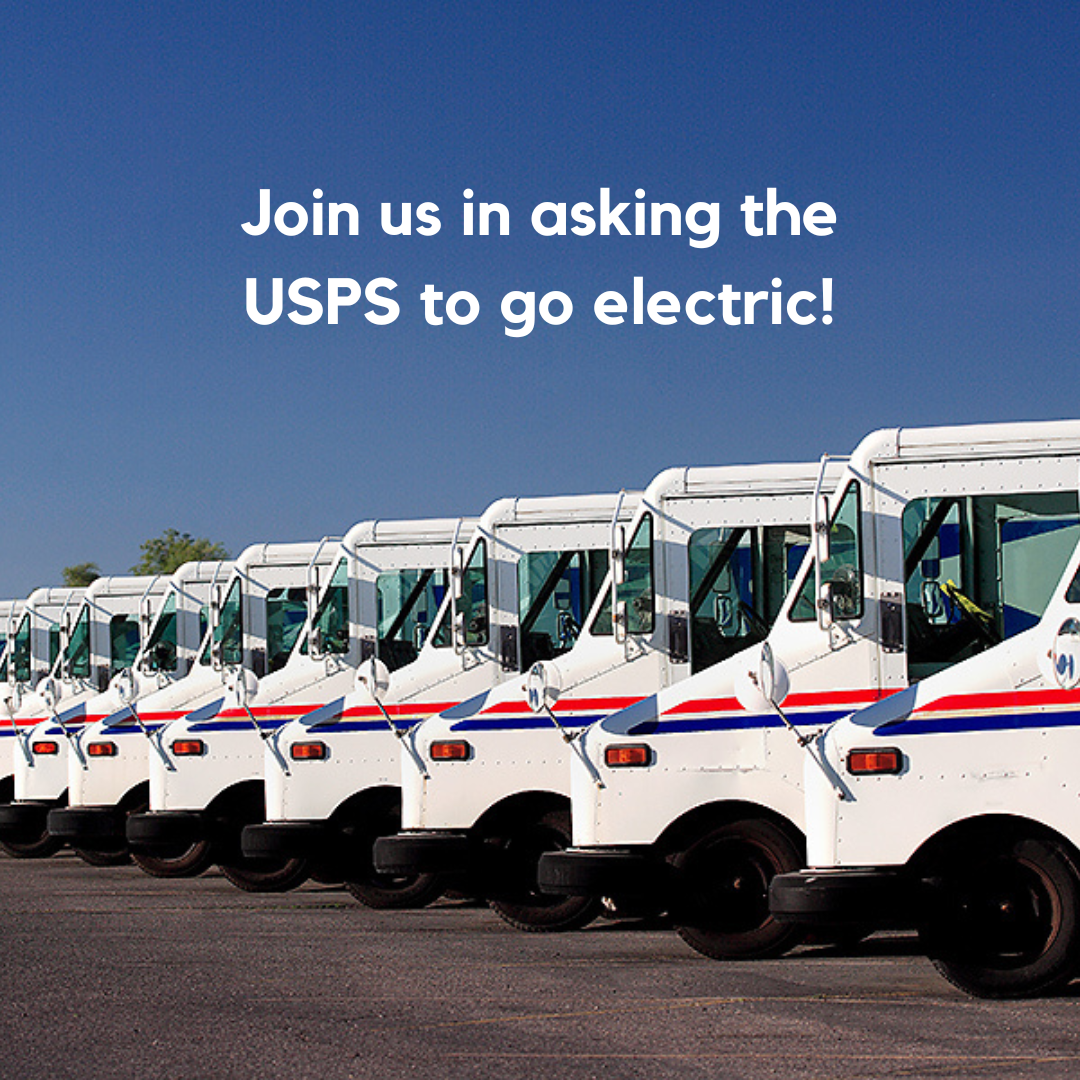 Join Us in Asking the USPS To Go Electric

It’s no secret global climate change is here and we need to be doing all we can to cut carbon emissions. In addition to other steps, Plaine Products chooses to use the US Postal Service (USPS) to deliver our packages to your door because they are already coming into your neighborhood each day. So, unlike other e-commerce deliveries, our packages aren’t creating unique delivery trips. However, those deliveries do still create carbon emissions, which we do offset. But what would be even better than offsets? Never having those emissions in the first place. Which is why we need your help.

The USPS is in the midst of upgrading one of the largest civilian fleets in the world. They currently own more than 231,000 vehicles. However, instead of following the Biden administration’s directive to move towards electric vehicles, the USPS, under the leadership of Trump appointee Postmaster General Louis DeJoy, recently finalized a contract to replace the 165,000 aging postal trucks with 90% gas-burning trucks and only 10% electric vehicles. The contract is worth up to $6 billion over 10 years and would be the Postal Service’s first large-scale vehicle purchase in three decades.

In response, attorneys general from 16 states and the District of Columbia, along with five environmental groups and the United Auto Workers, launched a legal challenge against the USPS at the end of April, claiming that it violated the law when it ordered thousands of new mail trucks powered by gasoline instead of electricity. According to a press release from the Center for Biological Diversity, one of the plaintiffs, “The lawsuit says the Postal Service sidestepped mandatory environmental reviews that needed to be completed before the agency made a purchasing decision. Instead, the Postal Service released a draft environmental impact statement for its plan six months after it had already signed the contract with Oshkosh, in violation of the National Environmental Policy Act.”

The lawsuit also points out that the gas versions of the next-gen vehicle weren’t much better for the climate than their roughly 30-year-old predecessors. While the 14.7MPG without air conditioning beats the earlier models’ 8.2MPG, that fuel economy drops to just 8.6MPG with air conditioning turned on.

While we wait for the courts to make their decision on whether or not to block the contract there are some actions you can take:

Send a Message to the USPS. Earthjustice, another plaintiff, currently has an easy online option to send a letter to USPS reminding them that, “This is a once-in-a-generation opportunity that we cannot afford to lose to status quo bias and faulty analysis. Please revisit your analysis and give a fully electric postal fleet the fair consideration it deserves.”

Contact Your Elected Officials. The Build Back Better Act, currently stalled in Congress, includes about $6 billion to help the Postal Service pay for electric vehicles and charging stations. Urge your Representatives and Senators to get this done and make sure this part of the Act survives. Congressional offices keep tallies of the issues they receive calls and emails about so help keep this on their radar.

Spread the word. There are countless high-priority issues right now that deserve our attention, the only thing about this one is that it’s an easy fix. By canceling its existing contract and moving to electric vehicles the USPS could cut its emissions in half and reduce pollution going into our communities.