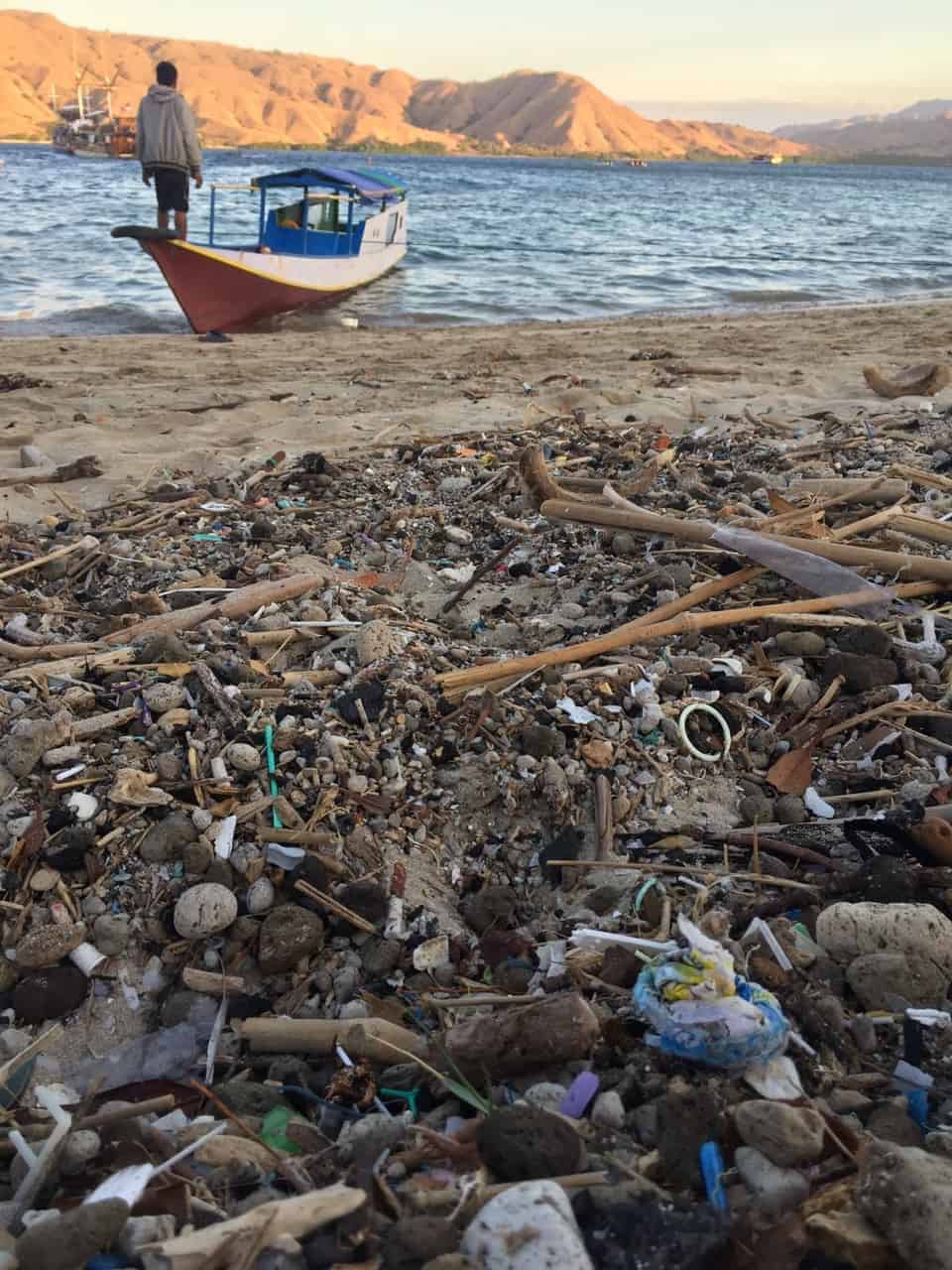 To continue studying the impact of plastic in our oceans, the 18th 5 Gyres Coral Triangle Expedition was recently undertaken. They sailed over 700 nautical miles between Komodo National Park and Lombok Island, through Indonesia’s Coral Triangle. In 16 days they collected 42 microplastic samples in surface waters using a manta trawl, did 16 beach clean ups and three mangrove clean ups removing over 900 pounds of plastic trash. Analysis done on one beach showed plastic pollution levels of over 350 pieces of plastic per square meter of sand. Representatives from the NGOs in the area also joined the 5 Gyres expedition team to learn and train on citizen science protocols.

Data collected on this Expedition will be incorporated into 5 Gyres global dataset of microplastics. The dataset will be used in the update of 5 Gyres’ Global Estimate of Marine Plastic Pollution study. In keeping with the 5 Gyres “science to solutions” model, they are working towards a better understanding of the global scope and trends related to ocean plastic pollution. This research will help us all monitor the efficacy of upstream solutions over time.

Per the 5 Gyres overview,

This Expedition is produced in partnership with the Oceanic Society. Their mission is to conserve marine wildlife and habitats by deepening the connections between people and nature. 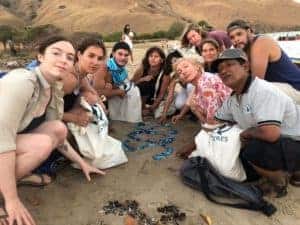 Along the route, the voyage will overnight at a variety of small islands including Lombok, Satonda, Moya and Sangeang. A highlight is Komodo National Park, a collection of rugged volcanic islands located in Indonesia’s Lesser Sunda Islands. In addition to collecting valuable near-shore data, guests will explore lush tropical forests, visit world-renowned cultural sites, and snorkel through the cobalt blue waters and stunning coral reefs that provide unique marine microhabitats to invertebrates and reef fish.

Plaine Products was proud to supply members of the expedition with Plastic-Free travel size shampoo and conditioner. Our aluminum bottles helped to ensure they were not contributing to the plastic problem on their journey. As sponsors of 5 Gyres Coral Triangle Expedition we’ve been receiving exciting updates that we wanted to share.

Read more about the 5 Gyres Coral Triangle Expedition and what you can do to help on the 5 Gyres site.